The Mills Music Mission from Sinfonia


The former vocal music director at Lakeside Middle School, Anthony “Tony” Atienza leverages more than 20 years of musical experience to lead different choirs and theater productions. Active in the professional community, Tony Atienza served as the president of the fraternity Phi Mu Alpha “Sinfonia” while at San Diego State University.Established in 1898, Sinfonia is the oldest fraternal society in music. Over the years, the national fraternity has created and maintained numerous programs, including the Ossian Everett Mills Music Mission. A part of the organization’s national philanthropy efforts, the Mills Music Mission uses music to uplift and heal others. This is done by playing instruments and singing songs at nursing homes, hospitals, and senior centers around the country.Although the Mills Music Mission focuses on improving spirit through music, each facility of the organization will operate slightly differently. For instance, some Brothers bring books, flowers, or other gifts to further brighten someone’s day beyond their gift of song and music. Meanwhile, others may stay after singing to play games or talk to the people at the hospital or home they performed at. These extra efforts create more special moments for everyone involved.The Mills Music Mission is one of Sinfonia’s oldest programs. It was named after the fraternity’s found, Ossian Everett Mills, who began sharing music with residents of Boston, Massachusetts, shortly before establishing the fraternal organization.
at December 16, 2019 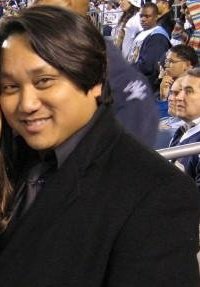 Tony Atienza is a Chula Vista, California-based educator with more than two decades of experience as a music instructor. Throughout this time, Tony Atienza has held several positions and developed various tips for encouraging students to learn, such as offering guidance as they further their knowledge through trial and error. Most recently, he worked at Lakeside High School during the 2017-2018 school year, where he taught guitar, music appreciation, and history. His work outside the classroom includes positions with San Diego’s Christian Youth Theater (CYT), where he was formerly a music teacher. He continues to volunteer for the organization as a musical director on a variety of productions, including South County’s Pocahontas. Tony Atienza also has musical directorial credits working for Southernwestern College and local educational institutions on productions such as The Musical Man, In the Heights, West Side Story, and Into the Woods.Earlier in his career, he engaged with the education and dance group The Young Americans as a cast performer. He later became the director of its New Kid’s Show in 1989.